The best thing I can say about Go Set a Watchman is that no one will ever accuse it of being written by Truman Capote.

For those living in a cave, Go Set a Watchman is a sequel to To Kill a Mockingbird, the book that popularized the “white people end racism” narrative so maligned in The Help but still celebrated in To Kill a Mockingbird. However, it isn’t exactly a sequel. The alleged story is that Harper Lee wrote this book first, and it was rejected by publishers.

These publishers were right. Go Set a Watchman is a terrible book. The book is difficult to review because it was never meant to be published. Today, it is more of a historical document than a novel. As a readable novel, Go Set a Watchman fails miserably.

This initial effort by Harper Lee lacks the personality, humor, rich description, and gift of dialog present in To Kill a Mockingbird. Go Set a Watchman is in the same league as sub-par YA fiction today. Its 26-year-old Jean Louise “Scout” Finch is incredibly selfish, obnoxious, and charmless, i.e. in her twenties. Plot is non-existent. Any attempts at humor fall flat. The writing is often scattered and confusing, slipping clumsily between 3rd- and 1st-person, past- and present-tense. And while a lack of continuity with Mockingbird is forgivable, lack of continuity within the book itself is not.

Michiko Kakutani called the book “lumpy,” the only comment on the actual writing in her non-review. Kakutani likely takes it easy on Lee because Lee had no agency in publishing this book, and is probably being taken advantage of with its publication. However, she did write this book. And as a result, we are given this new insight into her thoughts and her writing. It is hard to believe that someone could start with this incoherent amateur effort and craft the polished To Kill a Mockingbird in two years. Lee must have had a hell of an editor for Mockingbird, while this book, clearly, did not.

Here is the entire plot of Go Set a Watchman: Jean Louise “Scout” Finch learns her father is not who she thought he was. They argue. She decides to accept him anyway. The end.

Padding this out are flashbacks, and flashbacks within flashbacks, focusing on Scout as a child. There is an anecdote about she and Jem (her now dead brother) and Dill, which are much more long-winded and boring than the childhood tales in Mockingbird. There is an anecdote about Scout’s fake boobs being thrown by her high school boyfriend onto a billboard. There is /nothing/ that actually characterizes Atticus Finch. The climax of the novel is the argument between Jean Louise and Atticus, but, not having the context of Mockingbird, Atticus is a completely flat character. We are only told how to feel about him, then we are told to feel differently. And while their conflict evolves from a difference in beliefs, it is how they affect Scout, not the ramifications of Atticus’ beliefs, that selfishly drive her motivation.

In present-day context, Go Set a Watchman works, barely, because we have To Kill a Mockingbird to characterize Atticus. And just as Scout learns that her father isn’t who she thought he was a child, we as (white) readers learn that To Kill a Mockingbird isn’t the book we thought it was when we were children. Or the book that I gave it the benefit of the doubt when I read it last week.

This brings us to the historical document part of the review. As To Kill a Mockingbird won a Pulitzer Prize and numerous other awards, this book’s, and the author’s, politics cannot be ignored. Here is the basic political message of Go Set a Watchman: Negroes are inferior to whites in every way, but that doesn’t mean they should be treated poorly!

The attitude of white superiority is evident in many ways (in fact, the characters state this point blank). One is Jean Louise’s disgusting comment to her uncle Jack that while she doesn’t think black people should be treated poorly, it’s not like she’ll marry a black man! Without using the phrase “jungle fever,” both characters talk about the “myth” that respectable whites would ever marry a black person. It’s only the trash who would do that, and the trash will never have power anyway, so interracial relationships are nothing to fear!

There is also Jean Louise’s frustration at Calpurnia for talking “black” and not talking “white.” Yes, the scene is a little more complicated than that, as Jean Louise’s true frustration is that Calpurnia is treating her, Jean Louise, like all the other uppity blacks treat respectable white folk, but the foundation of this is that Negroes are backward, and whites are superior. White girl policing a black woman’s dialect is also present in To Kill a Mockingbird.

This hateful racism is more concealed in To Kill a Mockingbird. By regressing into the past with Mockingbird, Lee’s thinking appears to have progressed. Casting the lead as a child gives a sense of learning and growth. But with the lead as a young adult, this confusion, these mixed messages, this baffling logic isn’t cute anymore, and the racism never is. It is front and center in Go Set a Watchman, because Watchman is set against the backdrop of the Supreme Court decision on Brown vs. Board of Education, which ended segregation. Mockingbird lives in a time of segregation, and it is happy with that. 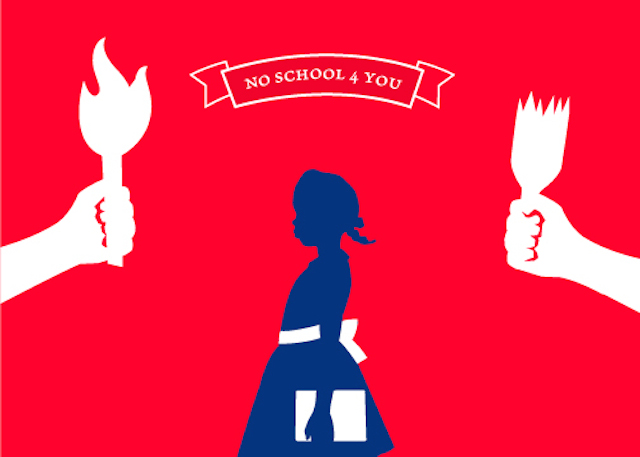 Although Jean Louise has a slightly more progressive view than her father Atticus on the Negro dilemma, both Atticus and Jean Louise actively despise the NAACAP and believe that the Federal Government has no right to tell the states what to do. This was a volatile argument then, and a volatile argument right this second regarding the Supreme Court’s 2015 to legalize gay marriage. It is interesting to see this point of view in a fictional context. But the characters in this book are on the wrong side of history. And Harper Lee, while celebrated for being somewhat forward-thinking in 1961, comes across as completely backwards here.

The only interesting part of this book is the climax: the actual argument between Jean Louise and Atticus. However, the denouement ruins any impact this climactic battle may have had. In it, Jean Louise is slapped so violently by her uncle that her mouth bleeds. She learns that, as a young woman, she should respect the beliefs of elder white men. To not compromise with those who refuse to compromise, Jean Louise is a bigot. Her racist father, her racist aunt, are not bigots because they are right: whites are superior to Negroes.

This is a frustrating argument that still exists today, when religious fanatics who believe that their personal beliefs trump the human rights of others beg “tolerance.” Your hate is not to be tolerated. If any benefit comes from this book, it is to show us that we, as a society, have not evolved as much as we should have in the last fifty years.

It’s easy to forget that book was written in the 50s, because you can imagine these arguments still happening today. In its ending, which is tragic yet not written as a tragedy, Go Set a Watchman endorses undeserved tolerance and respect for hateful white people. Jean Louise concedes to tolerate her hateful relatives, and to respect them, simply because they are white people of good breeding. This book’s politics are myopic at best, hateful at worst. Those hateful people, and this book, deserve no respect. These people who believe hate in the name of religion, or heritage, or whatever reason hold back progress. And young people who behave as Jean Louise does at the end of this book are complicit in it. The fact that we still have these kinds of debates 60 years after this book was written proves it.

With these awful beliefs brought into stark relief, Go Set a Watchman puts the ending of To Kill a Mockingbird into a different light. In that book, Atticus tells Scout “Most people are [real nice], Scout, when you finally see them.” This line almost serves as an omen for the conclusion to Go Set a Watchman. Atticus is a terrible racist, but he’s a real nice racist, so we should respect him.

Just as it’s hard to believe that Lee evolved by leaps and bounds a writer in two years, it’s even less probable to believe that she evolved into a humanist in that short period of time, either. Many people on the Internet are shocked that Atticus Finch has “changed.” In this way, the book works. The thing is, Atticus hasn’t actually changed. He always had these racist beliefs. But like Scout, many readers are too blinded by their holy regard for him that they ignored it, or didn’t see it. I, too, gave Atticus, and Harper Lee, the benefit of the doubt in To Kill a Mockingbird. I shouldn’t have. 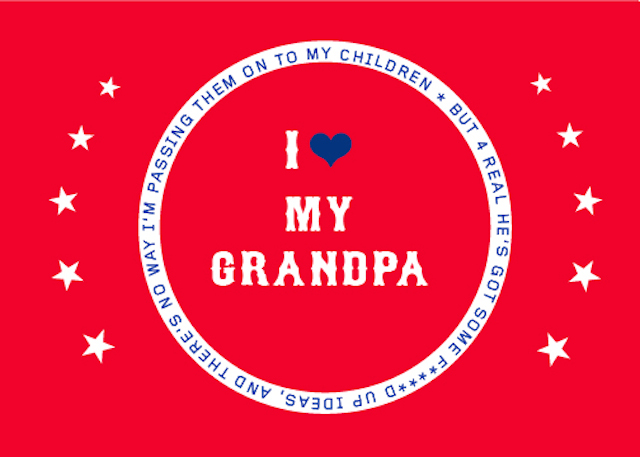 The book’s blurb says that Go Set a Watchman adds “depth, context, and new meaning to an American classic.” Oh, that it does. It emphasizes the hateful racism of that novel. Jean Louise/Scout is a Mary Sue for Harper Lee, who, while progressive at the time, is now stuck in the past. And since Harper Lee, by choice, never published anything else, she never showed us that her thinking evolved in any way over the last five decades. She is a relic like the Confederate Flag, to be preserved behind glass — not to be revered, but to show us where we came from, and how far we still have to go.

A friend referred me to this article by Jonathan Mahler in the New York Times. Mahler writes about Tay Hohoff, the editor who helped Lee between Watchman and Mockingbird. Hohoff is the ‘hell of an editor’ I assumed existed! A must-read story about a woman I never knew existed until yesterday.

“The Invisible Hand Behind Harper Lee’s ‘To Kill A Mockingbird'”

[Flag designs from this excellent article on the Confederate Flag at Jezebel by CJ Hunt and Graham Cumberbatch. This review taken almost entirely from my Goodreads review, with minor edits.]

One thought on “Don’t Set a Watchman”